For information about Unicef, go to the official Unicef website

3rd March: totally delighted with the day. We had about 100 sessions - so that's well over 100 people - throughout. It was often much more than 100 sessions. Workshops, concerts, open mics and strumalongs all well attended. And thank you all for your incredible generosity. We've already got well over £4k!!!

20th February: we've started to release the videos in dribs and drabs...

17th February: scheduling one or more drop in sessions for potential attendees to come and have a look around, do a sound check, whatever...

14th February: Just sorting out the programme to make space for the incredible Marc Gallacher who we'd love to perform and workshop for you lucky people!

13th February: had confirmation that our pals, the totally amazing Operalele, will be involved. They'll be submitting a couple of videos

13th February: we did our first big tech rehearsal, and went very well. Some stuff to tweak here and there, but overall, yeah, well chuffed!

10th February: Wow! I mean... Wow!!! We have gone international. We're so delighted to have, all the way from Argentina, the incredibly talented Uke Tango who will be closing our programme of concerts

28th January: the videos are starting to flood in. Just wait until you see The Rutlings' Doubleback Alley. It is sheer brilliance!! (The Rutlings are Martin Cowan and Steve Williams)

23rd January: The web site is pretty much complete. Still needs exact timings on the programme and the Zoom meeting information, but other than those details, it's there or thereabouts

9th January: That ball of slightly anarchic energy going by the name of Euan Tees joins the crew

29th December: Corinne Finnan has signed on the dotted line

29th December: Codrut Muresan will host a workshop for us

16th December: Sue and Hamish agree that U4U10 should go ahead! 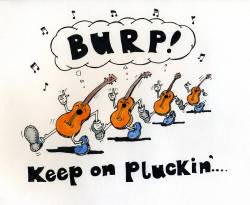 We thank Junction 9 Design Consultants for their enormous support